Lots of people would like to grow a nikau palm, the romantic, wild feather-duster shaped, tropical-looking palm which invokes west coast beaches, the Heaphy track, footprints in the sand and the rocky cliffs of Punakaiki. But this natty native is a bit of a diva, and needs very specific requirements or it throws a tantrum and dies. Hopefully a lifetime of losing them, by growing them outside their normal range, has given me some tips to share with you, to avoid the common pitfalls.

Most Kiwi botanists will know that the natural range of nikau goes as far south as the start of hard winter frosts, from Harihari to Banks Peninsula. But well seasoned travellers will also have seen the massive old planted nikau which looks straight out from Bluff towards the South Pole! So it's not latitude, and it's not simply the cold that challenges them in the Deep South. What is it then?

Here south of Hokitika, 100 kilometres south of where most nikaus thrive, we have road-tested many young nikaus to destruction. The Great Freeze of 1996 took out the whole lot at minus eight. Under trees they can sit in a shivery minus six overnight and survive without damage. However a week of heavy rain followed by a hard August Freeze off the Southern Alps will knock them back at only minus three. This is because their fronds are swollen with rain and the juicy sap freezes inside the frond, turning it black and soft. You are lucky to even be able to save the middle frond, using layered frost cloth on a tree up to waist high. Snow will do the same thing. So a very wet frost, or snow, they don't like. Yet, under protecting trees, out of sight of any snowy mountain; given ample water on icy cold dry days, and using soluble seaweed supplements, we have overwintered hundreds successfully in our normal minus three or four degree winters. 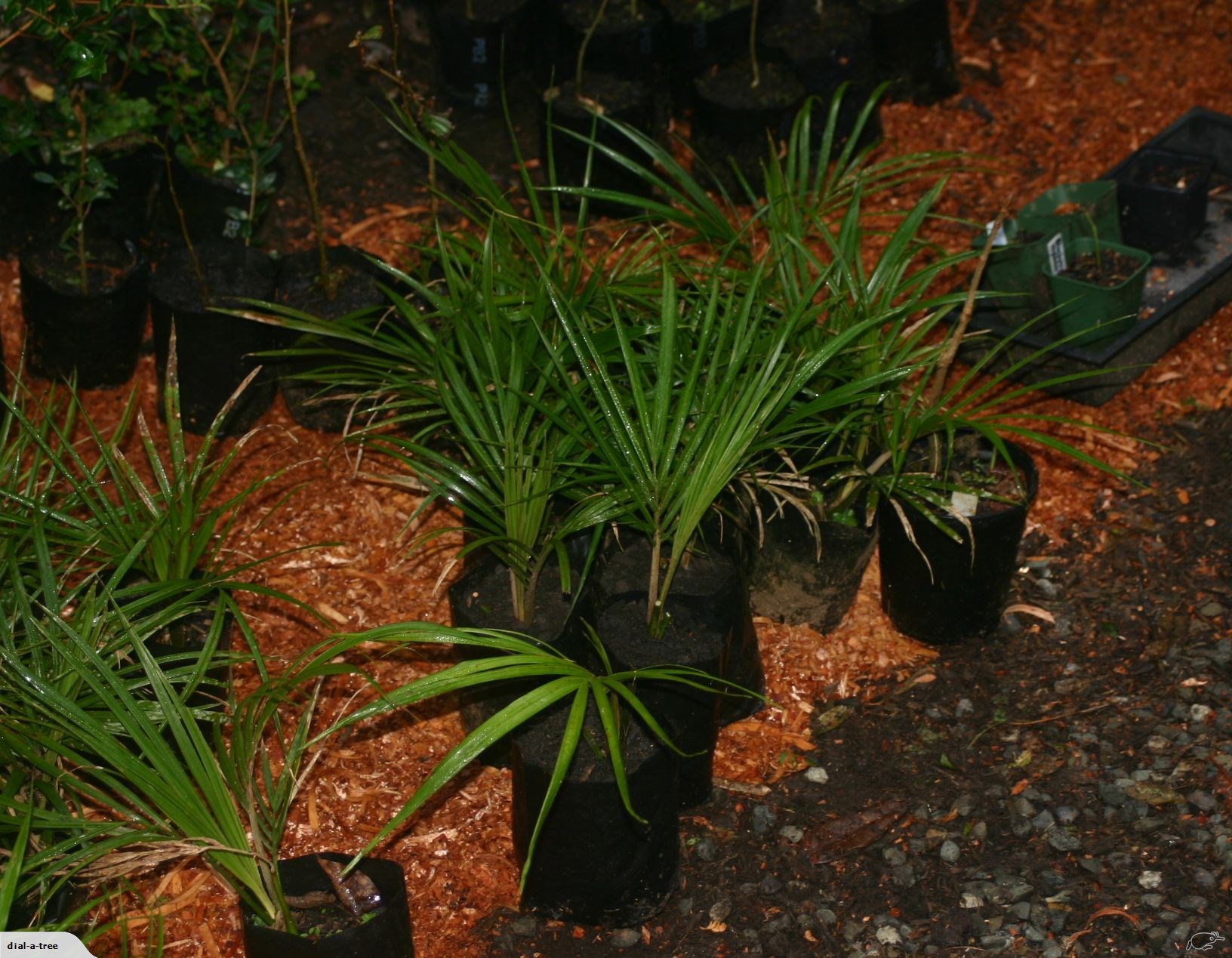 Another of the nikau's secrets is revealed by its love of the Coast. As you struggle up river into the interior of the Paparoa Ranges up fabulous limestone gorges, the nikau-clad Pacific Island slopes suddenly change. Out of the sound of the mighty surf you turn a corner and the forest loses all the nikaus to hardier beeches and pongas. Local lore has it that the nikau loves the salt spray. Overwintering success using seaweed convinces me that this is true, and that the minerals and salts supplied by seaweed help nikaus and other trees like citrus, through frosty winters outside their normal range.

The number one killer of your first nikau palm is UV: sunburn from too much sunlight. In the wild the young palms grow under the deep shade of the adult fronds in a tight grove. They may only burst out into the full sun at head height or higher. So despite the idea of "palms loving warmth", these palms love shade, or at most partial sun. You can grow them in a tub and gradually give them more sun to harden them up over a few years. But planting one in the middle of your lawn in Blenheim or Hawkes Bay is asking for disappointment, unless it has its own shadehouse, sprinkler, and 2 metre tall ponga grove to protect it. Here in our seven metre rainfall we grow a mahoe tree in three years to 2 metres tall, and sit the young palms under it as a natural shadehouse.